Elizabeth Bowen’s discomforting words about the damage that can be wrought by childhood whisperings — “There is no end to the violations committed by children on children, quietly talking alone” — ran through my mind while reading Yiyun Li’s haunting new novel The Book of Goose.

It feels like a natural connection. She wrote expressively of her admiration for Bowen’s writing in her 2017 memoir Dear Friend, from My Life I Write to You in Your Life. And it was Bowen’s review of a handful of novels written by French teenagers in the 1950s — the success of 19-year-old Françoise Sagan’s Hello Sadness (1954) apparently kick-started a craze for adolescent literary prodigies — that provided the inspiration for this, Li’s fifth novel.

Of the authors under Bowen’s consideration, Li was especially enticed by the story of Berthe Grimault, a 14-year-old French peasant girl whose debut novel Beau Clown (1957) led to her being hailed as a child prodigy. Plucked from the farms and fields of western France, Grimault was awarded a place at a genteel English finishing school, but here it was discovered that the novel was a fake: Grimault couldn’t even read.

Yi turns this already captivating real-life tale into a haunting story of co-dependence in postwar France. It is 1952, in the small village of Saint-Rémy, and Agnès and Fabienne are 13 years old. “We were almost one person,” Agnès remembers, narrating their story 14 years hence. The book opens in Lancaster, Pennsylvania, where Agnès now lives with her American husband Earl, having just received the news that Fabienne has died giving birth back in France. “We were the perfect pair, one seeking all that the other could experience.”

Although long since estranged, back among the “stench and filth” of their childhood in Saint-Rémy, she and Fabienne could not have been closer. It’s not that they inhabit a realm of their own — although they do regard most other people, adults in particular, as “peripheral” to their existence — but rather that their friendship provides a texture that’s otherwise missing from their lives. It’s only through shared experience that they each feel truly alive; the involvement of the other animating both their rapture and their pain.

Agnès is content to continue thus, enmeshed yet untroubled by outside forces — but Fabienne, seeking bolder and more daring entertainments, hatches a plan with which they’ll amuse themselves: she decides that they’ll write a book. She will compose the story and Agnès, with her superior penmanship, will write it down. It all starts out innocently enough — although the savagery of Fabienne’s tales offers an early indication that this is something more cold-blooded and calculated than standard childhood play — but after they enlist the assistance of the village postmaster, the stakes are raised.

He sends their book to a publisher in Paris, but instead of taking credit for her own work, Fabienne instructs Agnès to pretend to be the sole author. And while it’s true that the strength of Fabienne’s resolve makes her almost impossible to disobey, this isn’t a simple case of one-sided manipulation. In making her friend an “outlet” for her “exultation and despair,” Fabienne ensures that Agnès is an integral part of the game she’s orchestrating. Thus, Agnès is trapped, playing the part of a “girl author”; first in Paris, and then in England, when she — like the real-life Berthe Grimault — is offered a scholarship at a finishing school just outside London. Yet slowly but surely, this enforced distance between them breaks their bond.

The book represents a notable departure from Li’s previous fiction, all of which drew somewhat on her own experience: initially that of her life in communist China, where Li was born More recently, her novels Where Reasons End (2019) and Must I Go (2020) each contend with the tragedy of the suicide of Li’s teenage son.

The Book of Goose is a fascinating period piece in that Li manages to avoid the more obvious pitfalls of historical fiction, seemingly uninterested as she is in padding out the novel with period-specific detail. Instead, her attention is focused on the prickly relationship between her two central characters.

I’m not sure that any well-written novel about female friendship — especially one set in Europe in the mid-20th century — can avoid being compared with Elena Ferrante’s masterful Neapolitan Quartet. Still, the association seems especially familiar in this case. This is not just because of the broader context of the poverty and hardship in which both pairs of central characters are raised, but also because the dynamic between Agnès and Fabienne strikes a similar note to that of Ferrante’s Lenù and Lila. 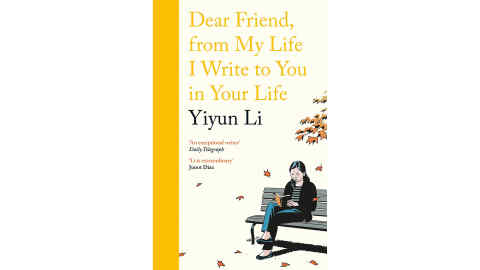 Despite the fact that they each manage to break free from the constricting, provincial communities into which they were born, the one thing that neither Agnès nor Lenù can escape is the pull of this other person. “How do I measure Fabienne’s presence in my life,” Agnès asks early on in the narrative, “by the years we were together, or by the years we have been apart, her shadow elongating as time goes by, always touching me?”

Like the intimacy that exists between Fabienne and Agnès, The Book of Goose itself is a spiky, scratchy, unsettling thing; and it’s all the more interesting and impressive for it. No sentimental tale of girlhood friendship, instead Li’s novel is deeply in tune with the complex dangers and pleasures of a brutal, but sometimes beautiful world.